A collection of seven tiny RPG games designed during short breaks and bus rides within a single week. The rules of each game have less than 200 words, making them very light and easy to play. These games were carefully designed, but still remain untested. Feel free to tweak the rules to make them more enjoyable.

Made during 200 Word RPG Challenge.

In order to download this game you must purchase it at or above the minimum price of $1 USD. You will get access to the following files:

An Anthology Of Cozy RPGs.pdf 251 kB

Thank you for making this - we've had fun trying some out but hoping to get into  a library soon to try out - 'Famous international experts'.

In fact, I think I can use it when I'm teaching so even better - not sure how it might work in a large group but there's only one way to find out!

These are so much fun. Imaginative little games that create a lot of joy and laughter. Definitely cozy good times.

With seven games in one eight page document, this is kind of a trove of short warmup games and minigames. It doesn't hurt that there's a bunch of charming art, either.

The games are, by the author's admission, not tested, so you might run into minor issues when you play. That said, the one possible problem I spotted was easy to houserule, so nothing is truly broken, either.

A lot of the games here do require going somewhere (outside, to a library, etc,) but definitely not all of them, and there's several that are perfect for online play.

Out of the collection, Famous International Experts stood out to me the most---a game where you skim a book you've never read for a minute and then give a talk on what it's about. This is both a great exercise in improvisation, and maybe also a useful tool for getting comfortable with public speaking, as it trains your ability to keep talking even when you've got almost nothing to go on.

Several of the later games are sort of just...gamifications of regular hanging out, so overall the collection has a really chill tone, and I think that's its core appeal.

If you like social games, short games, and all-ages games, check this out.

If you like D20 adventure games, you may still want to pick this up, as Wink Wink makes for a great little minigame to drop into an adventure.

-In Wink Wink, there's no clause for what happens if no one gets any passwords right.

-God's Diner technically requires involving people who are not playing / don't know they're being involved. Depending on how you feel about glancing at strangers passing by in public and then whispering a bunch, you may want to play this with imagined strangers instead.

Wink, Wink seemed simple at first glance, but it's a satisfyingly challenging game! None of us ended up winning any of the three rounds we played, but we got a lot of laughs out of trying to not-so-subtly suggest our passwords and spurn the rival agent who kept butting in to our conversations. I hope I can play this again soon.

Cheap Walking Tour and Herlock Sholmes both sound particularly great. Herlock reminds me a little of an extremely pared down version of The Extraordinary Adventures of Baron Munchausen RPG/storygame/thing.

Can I ask why you gave The Love Balloon 1 star? Would love to hear why you didn’t like it.

Sure; it just isn't my jam. The style and themes don't appeal to me and I'm not interested in the type of stories it seems geared to tell.

Alright fair enough. You know that a 1-star rating hurts a lot when it comes to small independent work though, right? Going out of your way to rate something 1 stars is saying you dislike something enough to hurt a project. I’d urge you to reconsider consider or at least if you’re going to give 1 stars leave a reason for the review.

I'm not going out of my way when I rate content; rating content is the method that itch.io makes available for me to conveniently track what I've read and how much I liked it.  If there was an option to have all my ratings private - not visible to the creator or my (zero) followers - I would enable that.

That feature may be convenient to you but I hope you understand that it also really hurts content creators in terms of visibility and discovery via any platform’s algorithm.

Especially in niche communities where the audience reach is a matter of thousands if not hundreds.

Absolutely love it, so cute! feels like an expansion on the kinds of games everyone has played on a roadtrip, but with more story, interesting mechanics, and places to play them!

this is ADORABLE. I haven't played any of them yet, but just reading them through they sound incredibly fun and simple. I'll update when I can find people to play with, I can't wait :)

This is amazing, thanks! 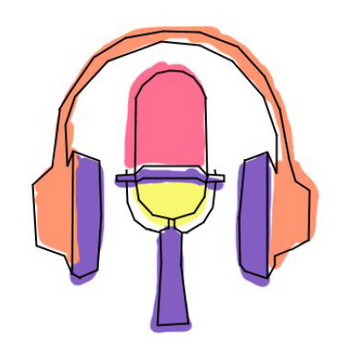